Webtrees is a PHP/MYSQL genealogy website creator which allows you to view and edit your genealogy online. It has full privacy functions, can import from GEDCOM files, and supports multimedia. It also simplifies family collaboration.

dabblet is an interactive playground for quickly testing snippets of CSS and HTML code.

What’s new in Drupal 9.3.0? The third feature release of Drupal 9 introduces experimental support for CKEditor 5, makes the Olivero theme stable and introduces various content editor and developer improvements. The Olivero frontend theme is now stable! The new Olivero frontend theme was added in Drupal 9.1.0 and thanks to various contributors since then is now stable. A modern and clear theme, Olivero is planned to become the new default Drupal theme later (replacing Bartik). Subtheming Olivero is currently not supported, but formal support may be included in the future. The theme is named after Rachel Olivero (1982-2019). She was the head of the organizational technology group at the National Federation of the Blind, a well-known accessibility expert, a Drupal community contributor, and a friend to many. N

Date: 2021-November-30Description: As of November 17, 2021, the Drupal core version 8 series has reached end-of-life. This means that all releases of Drupal 8 core (with 8.y.x version numbers) and Drupal contributed project releases that are compatible with only Drupal 8 will be marked unsupported as they no longer have security team support. Drupal 8.0.0 was first released on November 9, 2015. The last version was released on November 17, 2021. All Drupal 8 site owners must

This year’s DrupalCon North America 2021 keynotes highlight the power of the global Drupal community to make a difference in some of the most crucial issues of our time and the future of digital experiences. Register today. The Drupal Association is planning a blockbuster event for DrupalCon North America, the most widely attended Drupal event, 12-16 April from 11:00 - 15:00 EDT daily. This year’s all-virtual event brings together Drupal experts, enthusiasts, end users, and the broader open source software community to connect, collaborate, and contribute to advancing Drup

On November 18th, 2020, the Drupal security team released security advisory SA-CORE-2020-012, a critical remote code execution vulnerability being patched in Drupal 7, 8, and 9. If you haven't read up on this issue, or the contrib advisories from the same day, I suggest you pause here and go take a look (and of course update your site(s)). As always, the Drupal Security Team demonstrated their commitment and professionalism in helping all of us keep our Drupal sites more secure. But this post is not just to praise the security team 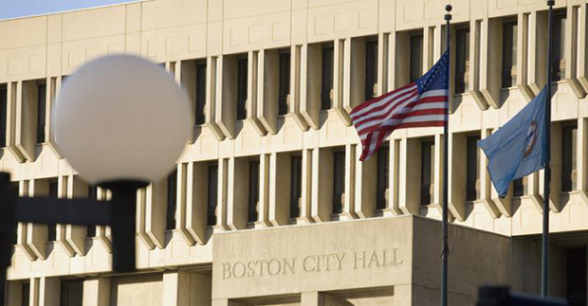 The City of Boston is known around the world for it’s winning sports team, New England food, prestigious universities and rich history. The City serves 4.8 million people in the Gre

PORTLAND, Ore.  June 3, 2020—Drupal, the most powerful enterprise open source content management system, is launching the latest—and most comprehensive—upgrade to its popular software today. Drupal 9 comes with even more of the cutting-edge features that Drupal developers and users love. One out of every 30 websites in the world including Lufthansa, the CDC National Prevention Information Network, the European Commission, Médecins Sans Frontières/Doctors Without Borders, NASA, GRAMMYs/Recording Academy and Stanford University trust Drupal as the platform for their ambitious digital experiences. Drupal 9 - Continuous innovation in technology and user experience The updated versio

FOR IMMEDIATE RELEASE PORTLAND, Ore., May 11, 2020—The CDC, NIH, and Medecins Sans Frontieres/Doctors Without Borders—among many others—depend on the power of Drupal, the largest independent open source content management system, to keep their websites dynamic and secure. But the cancellation of the Drupal Association’s annual keystone fundraising event—originally scheduled for May 2020—put the nonprofit’s finances in jeopardy.   COVID-19 has delivered a particularly hard economic hit to non-profits, and the Drupal Association (DA) is no exception,” says Heather Rocker, executive director of the DA. “When we made the decision to cancel DrupalCon North America 2020 for the safety of our attendees, the next question was how to recover those funds so we could continue operations for o

Pekens Antoine (pekens, pictured here) was doing research on content management systems while running a digital marketing agency, and was exploring Drupal, which he viewed as a “well-thought-out system being developed by a lot of smart people,” and with that he “wasn’t sure if a contribution from myself could make a difference.” But Drupal and its community held his interest, and in 2018, he attended his first Drupal event—DrupalCon Nashville. He went on to participate in two Drupal Camps as well thus far. It’s been these in-person experiences that left a lasting impression. “It’s a great feeling to walk up to the maintainer of a projec

Today, we're launching a membership drive. You can help by sharing our message and showing your support. Help grow membership by visiting our campaign page and sharing with your network. We're supporting the global Drupal project and community with your help!  Together, we make the open source community stronger. Get your 2020 Membership Certificate Active members can download a personalized certificate now, and one way to contribute to this membership drive is to print out your certificate (or display it on a screen) and share your selfie with us. Tag with
http://drupal.org/ http://drupal.org/node/feed

Social networking in a box. Build a social network for your company, school, sports team or niche community all based on the power and flexibility of WordPress.

Joomla is an award-winning content management system (CMS), which enables you to build Web sites and powerful online applications.

Download to test the third Release Candidate (RC3) for WordPress 5.9.

As we greet a new year, WordPress’ Executive Director writes a letter to the project and community that speaks to the hopes of the year ahead. Have a question you’d like answered? You can submit them to [email protected], either written or as a voice recording. Credits Editor: Dustin Hartzler Logo: Beatriz Fialho Production: Chloé Bringmann Song: Fearless First […]

The second Release Candidate (RC2) for WordPress 5.9 is available! The final release is slated for January 25, 2022.

This security release features four security fixes. Because this is a security release, it is recommended that you update your sites immediately. All versions since WordPress 3.7 have also been updated. WordPress 5.8.3 is a short-cycle security release. The next major release will be version 5.9, which is already in the Release Candidate stage. You […]

The Month in WordPress – December 2021

December was a busy month for the WordPress community. In the latest episode of the WP Briefing podcast, WordPress Executive Director Josepha Haden Chomphosy shares a carol of thanks and shows her gratitude to all the people who make the WordPress project a success. (…) I know that we have gotten so much done together […]

The WordPress 5.9 Release Candidate 1 is available. The final release is slated for January 25, 2022.

Collins Agbonghama, a web developer from Nigeria, Africa, shares how WordPress gives him a sustainable income and a better future.

WP Briefing: Episode 22: A Carol of Thanks

In this last episode of 2021, Josepha Haden Chomphosy takes the time to appreciate those who make the WordPress project a success and offers a carol of thanks. Have a question you’d like answered? You can submit them to [email protected], either written or as a voice recording. Credits Editor: Dustin Hartzler Logo: Beatriz Fialho Production: Chloé Bringmann Song: […]

Highlights from State of the Word 2021